“Every once in a while….

……when I am busy thinking of what I do as writing, I will come across something that makes me think that I’m just typing. This is one of those pieces.”
J. A. Bartlett 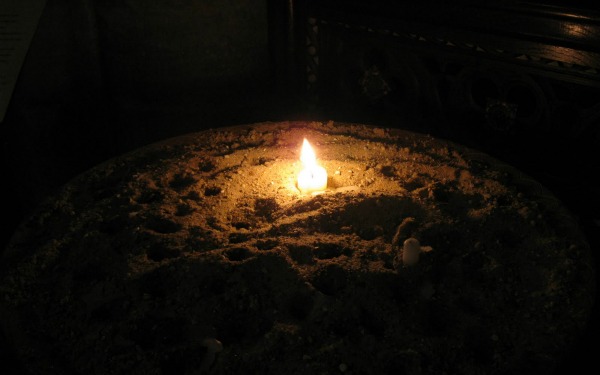 I’ve had a good life, and if you’re reading this, chances are you have too. I mean, we’re literate and we can afford electricity, at the very least, which puts us up on most of the human race throughout recorded history. But complaining about things is human nature — and it can also be pretty funny in the bargain — so we tend to let our many advantages fade into the context of our ordinary lives while we rail against problems both meaningless (goddamn piece of shit iPhone won’t work) and not (like, you know, war).

So yeah, we’ve got it pretty good. Great, even. But we also all have our individual crosses to bear — the imprints left on us by the hands we’ve been dealt, the lingering bitterness of traumas real or imagined, the cumulative weight of what life has done to make us who we are. Sometimes, we feel it; hopefully, more often than not, we don’t — but it always affects the sway and shuffle of our gait, and it has a fundamental affect on how we deal with the world around us.

Me, I’ve always been a little preoccupied with death and loneliness. I lost my father when I was five, both of us the victims of a heroin deal gone bad: he felt his heart give out as his panicked drug buddies left him in a grocery store parking lot in upstate New Jersey, while I grew up shrouded with a lingering ache and the hard-to-shake notion that I would never marry, never have children, and die, like my father did, before the age of 30. When I developed a heart tremor in my 20s, I just assumed I was rounding the final bend. It was a relief, in a way.

I met my wife when I was 26. My oldest child, our daughter Sophie, was born when I was 31. And as I close in on 40, I’ve learned to let myself peek out from that shroud, and although the ache never really goes away, I think it’s only deepened the poignancy of fatherhood for me. She’s six now — already older than I was when I had to start trying to figure out how to make sense of a world where anything could happen at any given moment — and because I still have faint memories of a time when it seemed like a sane, safe place, I deeply treasure every moment I’m here to help protect my kids from the darkness. They drive me crazy every day, but I do.

I’m writing this tonight because yesterday, a man in a neighboring town was killed in a horrible freak accident. He left behind three children whose mother is legally prevented from caring for them and no assets to speak of. Right now, those kids are trying to cope with insurmountable grief and a terrible reminder that the universe is vast and senseless, capable of doling out horror and beauty in random increments.

I don’t know this family personally, but these are small towns and nobody’s business is truly private. I do know that this man’s youngest child is a nine-year-old girl — nine! — who’s had to deal with loss after shitty loss (although none as terrible as this) for most of her short life. I know that even before yesterday, her belief in love — her faith in its permanence when it’s true — had been badly damaged. What can anyone tell her? What can anyone do now? Over time — I hope — she’ll come to understand that even when it does last, it can be a mixed blessing; that sometimes, we have to choose what to take from that love, and whether to let it consume us or carry us forward. Tonight, I hope she and her siblings can just stay sane. Stay together. Stay warm.

We’re all brushed by experiences like these from time to time, and if we’re lucky, that’s as close as we get to the razor’s edge between our carefully constructed lives and the pain of having them shattered. We shudder at the slobbering rictus behind our paper-thin walls, we count our blessings, we button up, and we carry on. Any other way leads to madness; we cope by surrounding ourselves with minutiae, aiming our anger at safe and distant targets, and forgetting that the universe is not our friend.

But here’s the thing. We do have it good, you and I, and that simple fact is a glorious, nut-kicking victory against the endless night. Every layer of protection we’ve acquired, every happy moment, every golden memory, every second foolishly wasted on clicks and texts and status updates — that’s a precious gift that we’ve carved from life’s stubborn hide with sheer strength of will or good fortune. They’re ours and we own them. We earn the dirt and blood under our fingernails just by breathing.

This is the time of year when tradition holds that we bring our friends and families close, and if you’re lucky enough to be able to do so, then celebrate that victory with every cell of your being. And if you can’t, start celebrating the fact that you’re reading words on a screen and work your way out from there. Not because things can always be worse and our problems are mostly pretty lame — although they can and they probably are — but because these moments are yours, and they’re good, and you took them with your own two hands, and you should be proud of that.

I know I am. And although I’m sure I’ll get bogged down in petty crap again soon enough, tonight I’m going to be still for awhile. I’m going to watch the lights blinking on the tree in the living room, and watch my children sleeping, and lie down next to my wife. And I’m going to count my blessings — which include every one of you reading these words — and I’m going to think of anything I can do to help those kids, no matter how clumsy or trivial. I’m going to sharpen my rage against the monster behind the door and I’m going to keep clawing at its hide until I can’t claw anymore.

Its hunger is rapacious, but we remain, and that’s what I’m going to celebrate this season: Our capacity for tenderness, our stubborn persistence, and — yes — our hunger, for the greatest of these, love, which we fumble and struggle with and curse even as we draw upon it for sustenance and inspiration. We can no more control it than we can turn away from its ruthless beauty.

Jeff Giles
Who I stumbled over as Jefito, who has introduced me to music I would never have otherwise experienced and is now a networked-sort-of friend

This entry was posted in Too good to miss and tagged jeff giles, Jefito. Bookmark the permalink.

2 Responses to “Every once in a while….