The greengrocers’ apostrophe is so yesterday 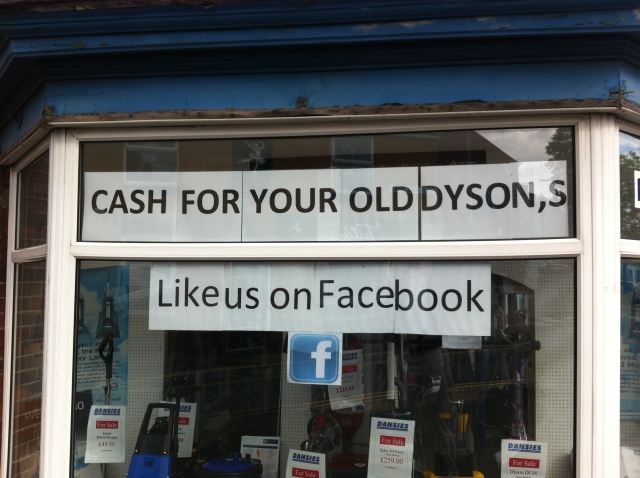 The same thing, you say?

Apostrophes used in a non-standard manner to form noun plurals are known as greengrocers’ apostrophes or grocers’ apostrophes, often called (spelled) greengrocer’s apostrophes[56] and grocer’s apostrophes.[57] They are sometimes humorously called greengrocers apostrophe’s, rogue apostrophes, or idiot’s apostrophes (a literal translation of the German word Deppenapostroph, which criticises the misapplication of apostrophes in Denglisch). The practice, once common and acceptable (see Historical development), comes from the identical sound of the plural and possessive forms of most English nouns. It is often criticised as a form of hypercorrection coming from a widespread ignorance of the proper use of the apostrophe or of punctuation in general. Lynne Truss, author of Eats, Shoots & Leaves, points out that before the 19th century, it was standard orthography to use the apostrophe to form a plural of a foreign-sounding word that ended in a vowel (e.g., banana’s, folio’s, logo’s, quarto’s, pasta’s, ouzo’s) to clarify pronunciation. Truss says this usage is no longer considered proper in formal writing.[58]

The term is believed to have been coined in the middle of the 20th century by a teacher of languages working in Liverpool, at a time when such mistakes were common in the handwritten signs and advertisements of greengrocers (e.g., Apple’s 1/- a pound, Orange’s 1/6d a pound). Some have argued that its use in mass communication by employees of well-known companies has led to the less literate assuming it to be correct and adopting the habit themselves.[59]

The same use of apostrophe before noun plural -s forms is sometimes made by non-native speakers of English. For example, in Dutch, the apostrophe is inserted before the s when pluralising most words ending in a vowel or y for example, baby’s (English babies) and radio’s (English “radios”). This often produces so-called “Dunglish” errors when carried over into English.[60] Hyperforeignism has been formalised in some pseudo-anglicisms. For example, the French word pin’s (from English pin) is used (with the apostrophe in both singular and plural) for collectable lapel pins. Similarly, there is an Andorran football club called FC Rànger’s (after such British clubs as Rangers F.C.), a Japanese dance group called Super Monkey’s, and a Japanese pop punk band called the Titan Go King’s.[61]

The widespread use of apostrophes before the s of plural nouns has led to the incorrect belief that an apostrophe is also needed before the s of the third-person present tense of a verb. Thus, he take’s, it begin’s, etc

1 Response to The greengrocers’ apostrophe is so yesterday