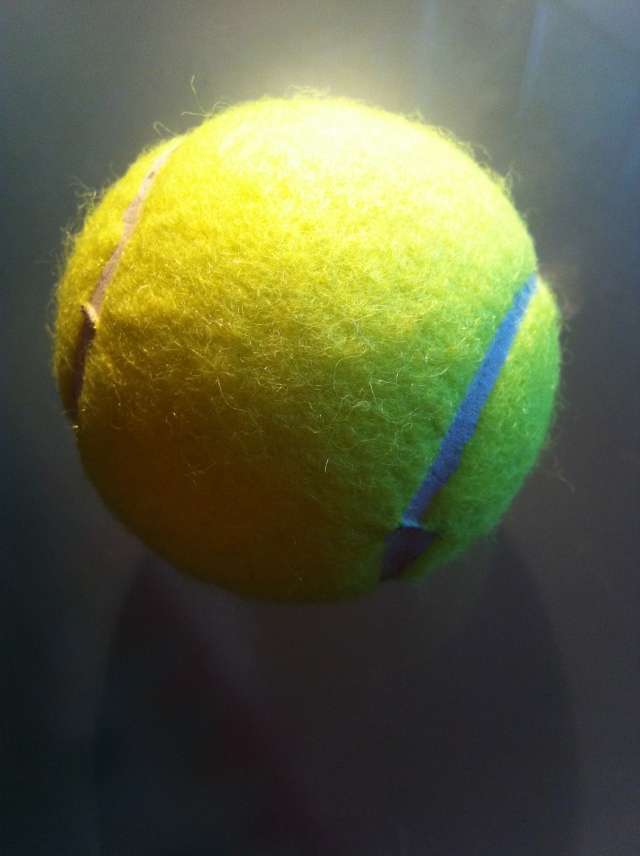 Nose it towards to gate position at the terminal and just watch the coloured lights as they count down and – when they turn red – you’re there.

If you’re a 747 with Self Loading Freight (aka passengers), that is.

If you’re the first 747 freighter in the world (this is back in 1972) and your launch customer is Lufthansa (I worked for them for a while) , you’re breaking new ground.

Such as ….. how do you unload 90 tons from 6 metres off the ground (You install a fixed high-loader with a split roller-bed way out in the wilderness of the airport close to the cargo terminal….)

And how do you get the aircraft to stop precisely where it’s meant to stop.

Just centimetres from the edge of the highloader.

The engineers starting designing a battery-powered (no power sockets out there in Cargostan…) display that you’d wheel out when an aircraft was due.

Then one of the operations agents got thinking.

“Why don’t we get a tennis ball and a piece of string and set it up on the high-loader so that when it touches the divider on the screen, they just stop.”

The engineers looked at him as if he’d just appeared from a different planet.

And went out and bought a piece of string and a tennis ball…..

This entry was posted in Too good to miss, True stories and tagged B747, Freighter, lufthansa, Lufthansa Cargo. Bookmark the permalink.