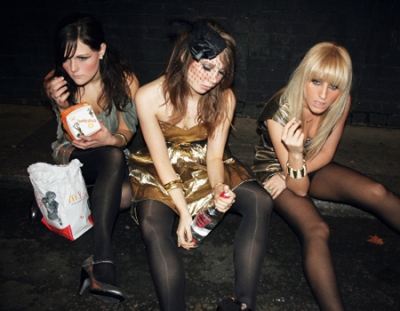 With the introduction of Viagra to fix a perennial male problem, a British pharmaceutical company is working to redress the balance:

MIRRORCILLIN – A 5cc dose enables a woman to walk past mirrors for up to
four hours without pausing once.

STOPPANAGGIN – Gives women a vague feeling of contentment towards their
spouse/boyfriend.

LOGICON – Trials showed that females taking this were able to follow a
proposition through to its logical conclusion, and argue effectively
without being diverted into non-relevant postulates such as “you don’t
love me any more”.

PARKATRON – 72% of women taking this were able to safely reverse park a
Ford Fiesta into a space only 12 metres long; 54% achieved this in under
15 minutes.

MAGNATACK – Uniquely distorts the cornea, making certain shapes appear
much larger than in reality – no practical use for this drug has yet been
found.

WARDROBIA – Clinical trials show that almost 23% of women taking this drug
can safely walk past a sale notice, and an amazing 42% stayed within their
credit limit.

BEERINTULIN – Engenders a female desire to bring her spouse/boyfriend
alcoholic beverages and snacks during televised sports.

This entry was posted in Don't ask me. Bookmark the permalink.

1 Response to >Drugs for Women