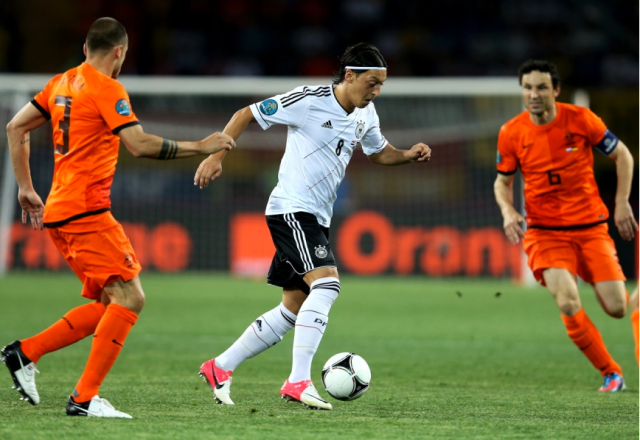 The Independent, a serious broadsheet newspaper that’s my preferred reading when I’m in the UK, reported on the England:Sweden EM 2012 match thus:

Carroll swivelled on to the ball to exact extraordinary power on the header and the look on his face as he looked into the black Kiev night showed a man who could hardly believe his fortune.

“Fucking hell,” he mouthed and Wayne Rooney, itching for the nation’s hopes to be still burning when he arrives on the scene next Tuesday was up on his feet, wearing the widest grin in the house.

The Süddeutsche Zeitung, my preferred reading wherever I am , reported on the Germany: Netherlands game thus:

Not finding him, he passed the ball to the object most resembling Ronaldo: the right-hand goal upright.

I’ll take wit and subtlety over cliches and vulgarity any day…….

This entry was posted in WTF and tagged Christiano Ronaldo, EM2012, Mesut Ösil. Bookmark the permalink.