It only took 42 years 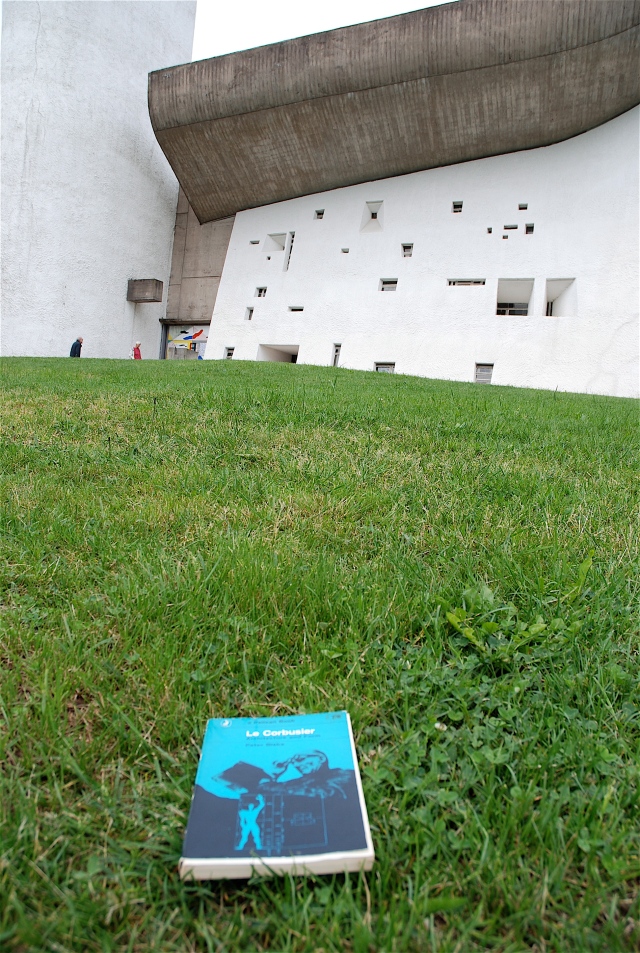 It was like being inside a huge breaking wave, with the ceiling rolling and curling above me and dark as dark except for the glints of light piercing the face of the breaker and the soft light flooding from behind.

I’ve waited almost 42 years for this moment and – after all this time – I’m standing with my back against the confessional and looking at Le Corbusiers Notre Dame du Haut in Ronchamp.

When I was still at Westlake Boys High during my University Entrance exam year, I’d get my pocket money on a Friday and head over to the bridge to the city to buy books.

I had 3 favourite hangouts – Bob Goodman’s in Queen’s Arcade (where Marbeck’s is these days), a second-hand bookstore in a cellar in Victoria St East that smelled wonderful and has long disappeared and one in High Street that’s probably a boutique or a shop for Korean tourists.

The roof – a veil – woooooshes away from the altar to the back of the building, counterpointed by the floor as it slopes down from the rear. And there’s a narrow strip of light, running around the entire structure, where the roofline meets the supporting walls.

The crucifix is set high in the wall against a window, visible from both inside and from the outside altar – an open-air cathedral for 10,000 pilgrims.. The pulpit is raw concrete, suspended in space and accessible by concrete steps that look too fragile to even breath on.

Imagine walking around this masterpiece . slowly taking it in, letting the feeling build up – and then opening the door and … kaboom!

That’s why the only piece of music that fits – for me – is Zadok the Priest from Handel’s Coronation Anthems.

1 Response to It only took 42 years

Leave a Reply to Meg in Nelson Cancel reply