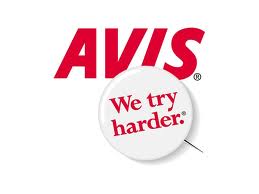 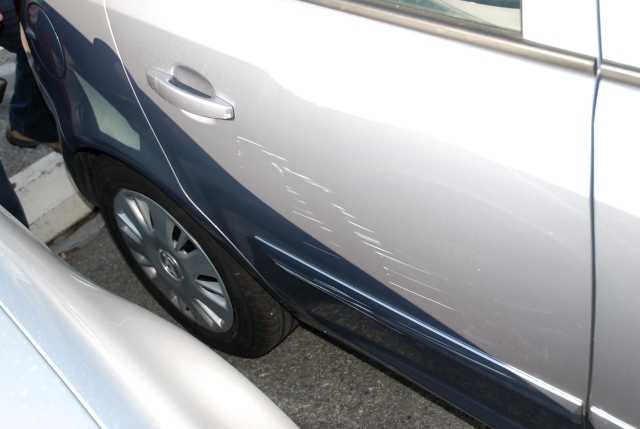 This post was originally to let off steam about an obvious attempt to palm me off an obviously damaged car and later ping me for the repair bill.

It’s since developed into a running commentary on what appears to be a systemic attempt to defraud customers.

If anyone wants to start a class action against Avis, count me in.

Don’t get the impression that every rental from Avis is an unpleasant experience – that’s not the case – but blatant overcharging and obvious attempts to conceal existing damage appear to be a core part of their business model.

Oh, and don’t expect any response from their customer service.

Google “Avis scam“.  This post is the 3rd most popular on the interwebs

Did I say that I never have problems with Avis in the States?

Let me correct that…

Book a car via my Avis Preferred membership for LAX with drop-off 10 days later at SeaTac in Seattle.

First you travel close to 16 hours from New Zealand, then you join a queue of 20 people outside the Preferred booth. Just what you need

Wait 30 minutes, get a car assigned, it’s in the car wash, we’ll bring it round to the left of the booth.

Wait 10 minutes, find someone to ask, they disappear.

Repeat after another 10 minutes.

After 30 minutes, they find the car, parked where it’s taken them 20 minutes to find it.

Everything’s fine for the first couple of days until…the car dies at a traffic light.

Then 30 minutes later, it dies again.

Drive to John Wayne airport, fill it up, talk to Avis (who couldn’t have been nicer), check it in, get a replacement sorted in no time and away we go.

Car warms up and there’s a stench of either a bleed from the exhaust or oil in the aircon.

Back to John Wayne, fill it up, check it in, new car.

Drop the car off at SeaTac (yes, I did fill it up. I always fill it up) and there’s no-one to check cars in.

System’s down, just drop it off, it’s all good.

Included in my bill I get a couple of days  is a refueling charge for over $80 and a total misrepresentation of the vehicles and mileage for the rental.

Provide Avis with a timeline, including the gas stations I used and their distance from the drop-off locations (nothing over 2 miles) and ……SILENCE.

At some stage, I’ve got a “How did you love your most recent rental?” survey from Avis.

Responded saying it was OK (apart from the crap cars and the wait and the lack of drop-off facilities) and actually got a mail back from the Operations and Customer Experience Manager at LAX with an apology.

So I copied my mail to him and actually got a response from his deputy who committed to refunding the incorrect charge AND the charge that I ALWAYS make if I’m forced to jump through hoops and spend time justifying my claim.

That was 4 weeks ago.

Since then I’ve had a single “The check’s in the mail” response.

I rent with Avis as infrequently as possible (except in the USA) and Heathrow is the best example why.

The shuttle driver doesn’t ask if I’m a Preferred member, so I wait in line for 10 minutes until the agent tells me to go to the Preferred booth somewhere in the carpark.

Ask for an Excess Reduction.

“What have you got?”

“How do I reduce it to zero”

“With our Excess Reduction”

“Do you have more than one?”

Monty Python couldn’t do it better

Find the car and there’s a Damage Report, saying that there’s some damage to the rear of the car.

I can’t see anything, so back to the booth and ask the agent to point out the damage.

I suggest that this isn’t getting us anywhere, to which she responds that she “doesn’t like my attitude”

Damage assessor comes and says ” There’s no damage here”, then is overruled by someone who says “Yes, there is, see this scuff mark on the boot lip where someone’s let a suitcase drag over the plastic protector? That’s damaged”

We spend the next 10 minutes logging EVERY SINGLE CHIP/SCUFF MARK/DENT on the entire car.

This is how it’s meant to work:

You arrive at Boston-Logan airport, pick up the shuttle bus to the car rental centre. Walk into what looks like an airport passenger terminal, with check-in desks for each rental company. Go straight to the parking garage – spacious and brightly lit – and ask Avis’s Preferred desk to add Ms. YMBFA to the contract as a driver.

Can’t do that – spouses are automatically included. No charge.

No extra charge either for full insurance with no excess.

Oh, and did I mention that they upgraded to something with a hood that approximates the size of an aircraft carrier?

Dear Ms xx,
thanks for the upgrade to an MB180 at Manchester on Thursday (I assume it was your doing). Unfortunately, I couldn’t take you up on it – I dislike stale cigarette smoke intensely and the vehicle stank (as did the previous one at Manchester). However, your people retrieved quite quickly – 10 minutes or so – with the vehicle group that I’d booked. They followed the “close positively and disclose fully” guidelines, although couldn’t explain a discrepancy between my reservation and the rental agreement. Back from the Preferred cabin to the main desk, a mere 15 minute wait until it was explained.
The usual correction of the damage report – 2 scratches significantly larger than the ones originally noted.
On returning, your check-in agent claimed that the petrol tank wasn’t full and that there would be a charge for refuelling. I convinced him (showed him the fuel gauge, mileage, fuel bill from the airport petrol station) that this was not the case and he admitted that “some of these cars don’t show full when they are”
All in all, an average Avis UK rental

Success at last! A grovelling apology, a repayment of what they’d overcharged me and – for my inconvenience – the generous refund of a further £6.96.
Oh, and a promise that it won’t happen again

Avis UK’s Executive Offices are in on the act. I got hold of their CEO’s email address, she responded within hours and they’re investigating.

Haven’t yet thought to correct the billing, but I’m sure they’ll get around to that at some stage.

Pick up the car at the parking lot, get a folded contract (as  a Preferred member, they have your signature on file), check the car against the Vehicle Condition Report – they say there’s an aerial, car has no aerial.Agent changes it.
If I hadn’t checked, they would have charged me £70.

Return the car, Avis booth closed (Saturday 16:00). Agent in the terminal refuses to issue a final bill, because he can’t check the car in.

Look at the contract.

They’ve charged me £80 on top of the original reservation quote for fuel pre-purchase (never requested) and various items that are specifically included in the original quote.

Oh, and a £5 charge for asking Avis to do something that their system won’t let me do – give them money to reduce the excess.

Call the Birmingham office to clarify the issues – wait for 26 minutes in a queue to be told that the station is busy and isn’t accepting calls.

And of course they don’t respond to emails….

It gets better. Or worse.

It was dark, I was backing out in an unfamiliar parking lot and the motel owner in Auckland, New Zealand had decided in his infinite wisdom to paint the pillars black.

Horrible grinding noise, swiped the side of the car along one of the pillars, took off the wing mirror.

Returned the car  to Avis and the agent pointed out that there’s a $2750 (plus tax) excess.

I was fairly sure that I was covered, but I paid the $3000+ bill and checked it out on the flight to LA.

Sure enough, the confirmation email from Avis had a whole list of things that I’d either accepted or declined and one (Excess Reduction) that was neither nor.

I asked the Avis people in LAX what the excess on the rental that I picked up was – “There is none. It’s automatically included, because your profile says so”

So I simulated the booking on their website and IT DOESN’T ALLOW YOU TO MODIFY THE PREFERENCES IN YOUR PROFILE. (I’m an Avis Preferred customer)

It just generates an email, showing that I haven’t declined Excess Reduction (I couldn’t decline it) so it’s reasonable to assume that it’s included.

“Your profile says that you always want to decline ER”

It can’t because there’s no option to do so and only 3 countries have draconian excesses – UK, Australia, New Zealand.

A couple of weeks after the incident (and having talked to Avis in Germany to confirm the profile status), I underpin my claim with screenshots of the entire process and the Call Centre agent passes the file to the insurance department who IMMEDIATELY see that their system is dysfunctional and refund me the excess.

They also send me copies of the repair bills which total $1700. They’ve had them for 3 weeks and they hadn’t even considered refunding the difference between the excess and the actual repair costs.

By this stage, I’ve escalated the case to Avis’s MD for New Zealand.

She delegates it to an assistant and – in mangled English – I get this response:

Oh, and of course there was the usual damage that I found when I collected the car, despite the usual reassurances that the car was IMMACULATE…..

Return a car in Auckland, NZ, have it checked in by an Avis rep, get a printout of the bill.

Credit card gets hit with a refuelling charge. Query it, Avis acknowledges that the car was full, take 2 weeks to credit me.

Next time, I’m charging THEM for my time. At my consultancy rate of €3k a day

Rent a car in Los Angeles and drive fewer than 75 miles and you’ll get whacked with a Fuel Service charge of $17.06.
Even if you’ve filled up.
And they refuse to consider adjustments under $50

You’ve booked a car, you pick up the keys and you get your car from the Avis lot at the airport.

It’s dark, it’s raining, you look quickly to make sure that everything’s OK (and far as you can see) and off you go.

Return it the next day and they’ll say “Oh, this (supermarket-parking-lot-car-door-ding) dent wasn’t there when you hired it. That’ll be £/€/$200”

Or you’re on the motorway before you notice a stone chip in the windscreen.

Call them up to report it and they’ll say “Well, it must have happened since you hired it”

Or you get whacked with a £70 charge on your credit card. Turns out that the radio antenna was missing. (You’ve picked the car up in the morning, driven to see the CEO of one of my customers, parked in their executive car park (where the security guard tore off the antenna in a fit of pique – yeah, right…) and dropped it back off in the evening. Find out later that one of their valet goons didn’t take the antenna off and put it on the passenger seat (which is what they’re meant to do) before putting it through the car wash. Don’t get your £70 back though)

But this last one was the best. By far

Half the side of the car was missing.

OK, that’s an exaggeration, but there were 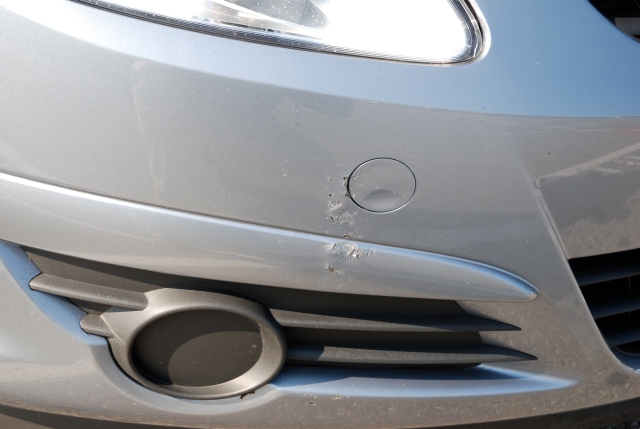 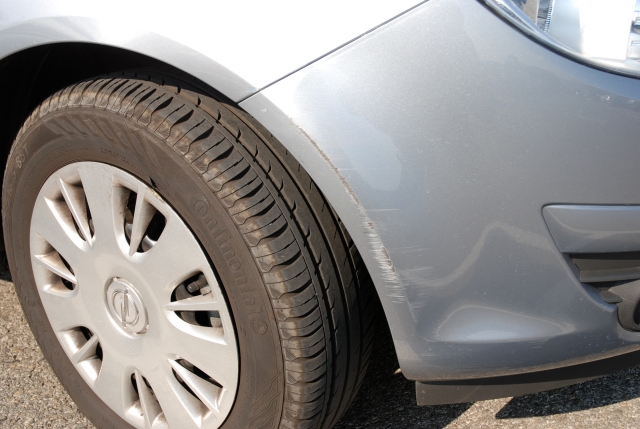 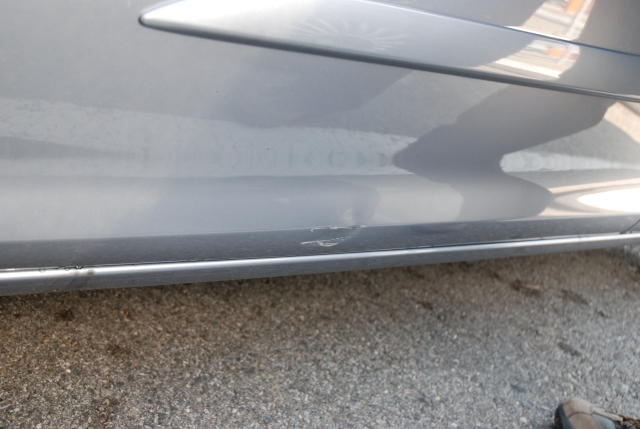 Look at the damn pictures.

It’s almost as if the rental locations are given targets for this sort of stuff.

It’s the same old greasy number wherever you go

And you know what? Boris at Marseille was the only person with the courtesy and common sense to apologise

And if someone from Avis is reading this..

I AM HIGHLY PISSED OFF

11 Responses to The Avis scam